I love triptychs. I have 3 new ones to show you.

It is hard to find 3 canvases in the same theme and in the same size that can be hung next to each other and tell a story. The first of the new ones is called Fly Lily Fly. Once I figure out how to show them side by side in my blog I will edit the post. But for now they will be shown one after the other because I have not figured out how to do it. They are 5x8 each and numbered CT47, CT48 and CT49. Notice how the borders match up. I can see these finished as a small table top screen.  Yes they can be purchased as singles and they can all stand alone without the other two should you fall in love with only one. 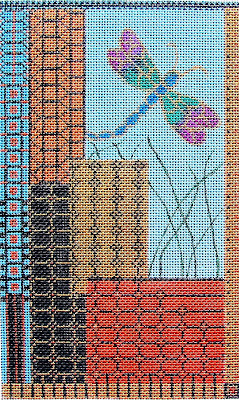 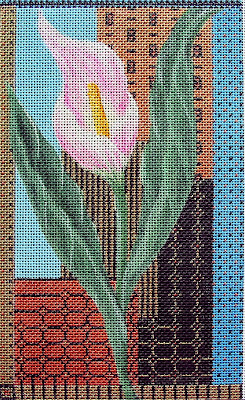 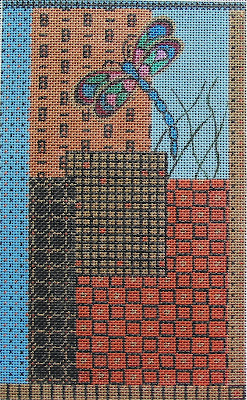 The next triptych I designed is called the 11th Hour. I was inspired to do this by all the ecological damage currently being done in our world. The design represents animal life, sea life, water, land and sky. A few shop owners claimed it had an Egyptian look to it. I love birds and I think herons are spectacular creatures. This is why I chose a heron for the left side. As Fly Lily Fly, each section is on 18M and measures 5x8. They can all stand alone or together. I also called it the 11th hours since I designed it the night before I left for  the TNNA show. So it was my 11th hour design. 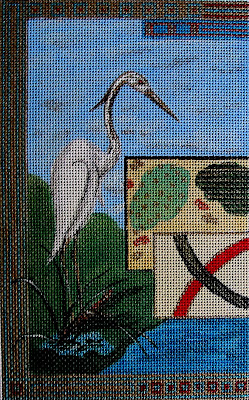 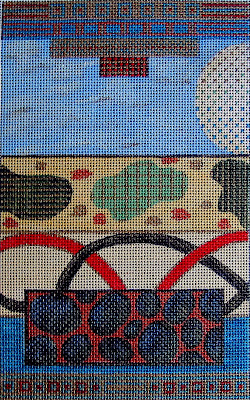 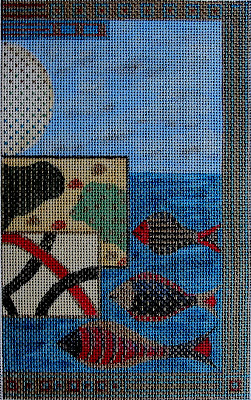 The last of the new triptychs is an addition to an older canvas I designed a few years ago. It is part of the 7x7 grouping so each piece is 7x7 and on 18M. It is also available without anything in the center so you can do your monogram. 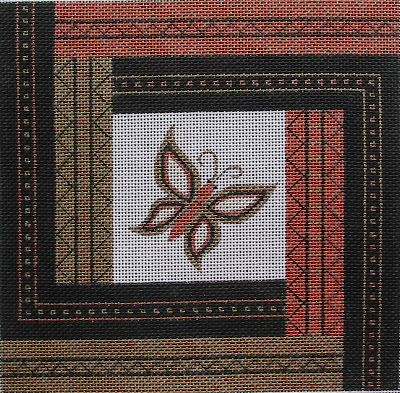 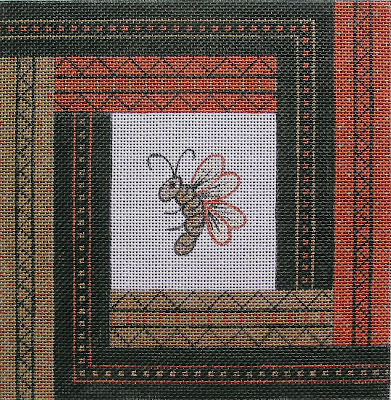 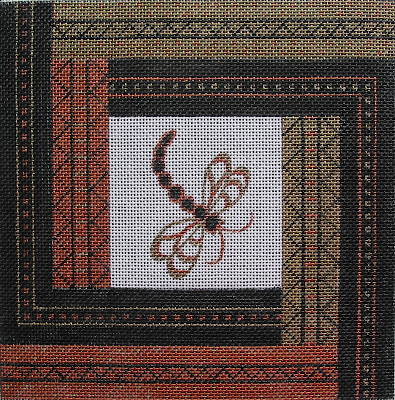 Posted by SharonG Needlepoint at 5:11 PM